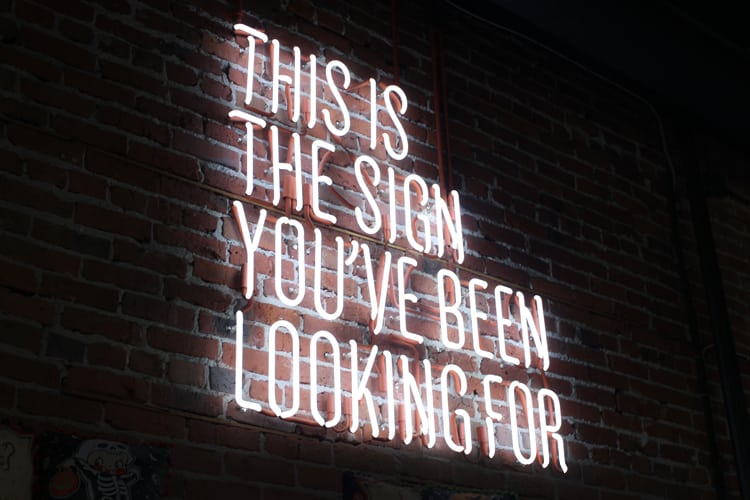 “Behold, the virgin shall conceive and bear a son, and shall call his name Immanuel.”

These words from the Lord came to Ahaz, one of the kings of Judah, more than seven hundred years before the birth of Jesus Christ. To describe him as a king who did not do “what was right in the eyes of the Lord his God” is an understatement. King Ahaz pursued an alliance with Assyria, the foreign power that destroyed the northern kingdom of Israel. He practiced and promoted idol worship by sacrificing his own son and constructing a pagan altar in the temple!

The Lord had told Ahaz he could pick any sign he wanted as an assurance that God would faithfully defend his people from their enemies. Ahaz wouldn’t choose one. So the Lord gave him this well-known Christmas promise. The birth of a child would be the sign of God’s presence and involvement in the lives of His people.

If God gave you carte blanche to ask for any sign you wanted from Him, what would you choose? I’ve talked with many people who wish God would give them a sign. So I’ll ask, “Like what? What kind of a sign would you like?” The typical answer is, “Oh, I don’t know. Something big, spectacular and in-your-face.” I’m not sure what I would ask for. Anyway, how could I really be sure that a particular sign came from God?

Did anyone else ever ask for a sign? Gideon, one of the judges. But his sign was kind of weird. All he asked for was a dry rag out in a dewy field. Yawn. Hezekiah asked for the sun to move backwards in the sky. Nice. But a day or two later, you might ask yourself, “Did I really see that?” What about a virgin birth? Three-star, for sure. But those who heard about it assumed it was a scandal rather than a miracle.

But you know what? It is a sign that God cares when He shows up. After all Immanuel means “God with us.” What better way to show the world that He is real, He cares, and you don’t have to do this alone? Texts are nice. Cards are nice. But when you show up to share the moment, the celebration or the tears, it means a whole lot more.

When Jesus was born and grew up and started preaching, some asked Him for a sign. “Give us a sign so we know you’re the real deal.” Jesus didn’t bite. He was the sign, live and in person!

Thank you, Lord, for such a great sign! Your presence as a baby, a miracle worker and my Savior means everything to me. Amen.