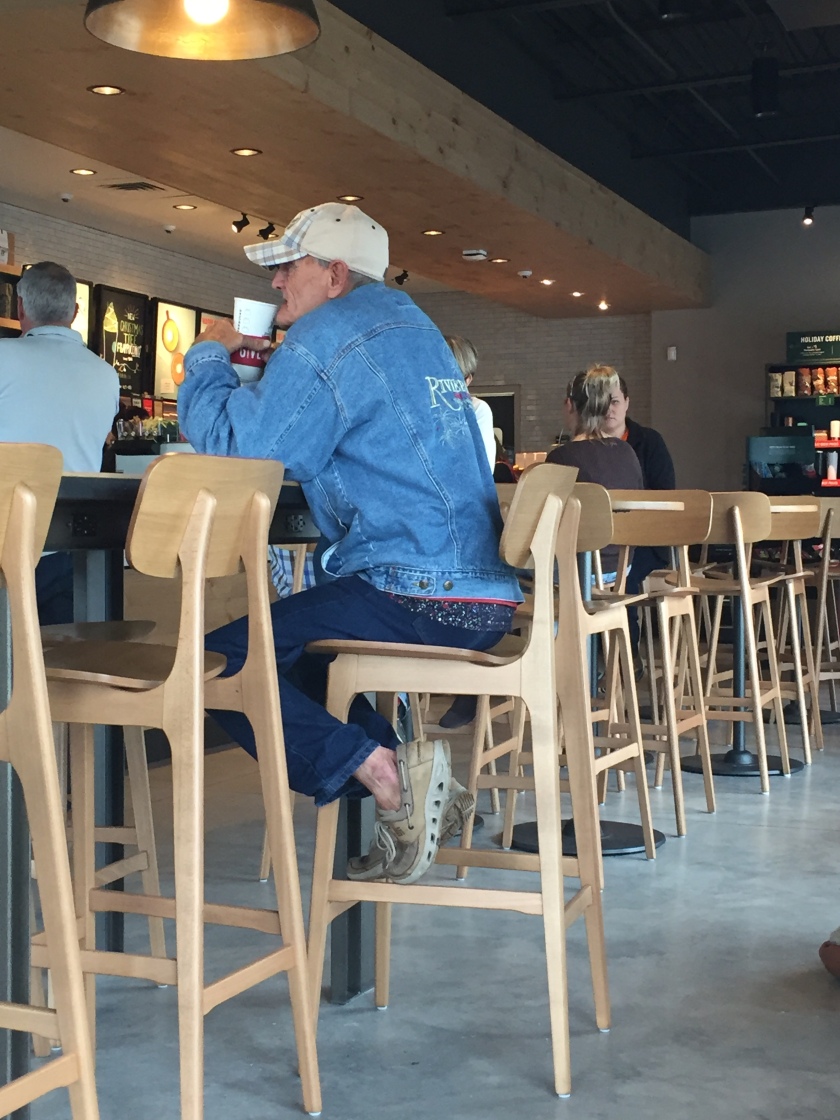 A couple of weeks ago, I was sitting in Starbucks, in between appointment, drinking coffee and scrolling through some Reddit stuff when — get this — this guy came in, sat down, and did nothing else other than enjoy his coffee. That’s right, no phone, no book, no tablet, no computer, no friend to talk to, nothing. He just sat there and sipped his venti whatever. I can’t say that I’ve ever seen someone do that before. There were plenty of other people there, some like me focused on a smartphone screen. A few were engrossed in their laptops. A couple of friends were talking.

I began wondering, “Would Starbucks even exist if we didn’t have our electronics to amuse us and their wifi to connect us as we drank lattes and ate scones?”

You do it and I do it. Whenever we sit down – in the car, in church, in the bathroom, watching TV, at concerts, at work, in a restaurant, at the pool, at the gym, stripped naked waiting for the doctor to come in – we pull out a phone to find out what’s going on. I’m sure sociologists and psychologists have a field day with this behavior.

I think I may have seen another guy do this at a bar. He was just sitting there drinking a beer. He wasn’t doing anything else.

I might have to try this. I’ll let you know what happens.