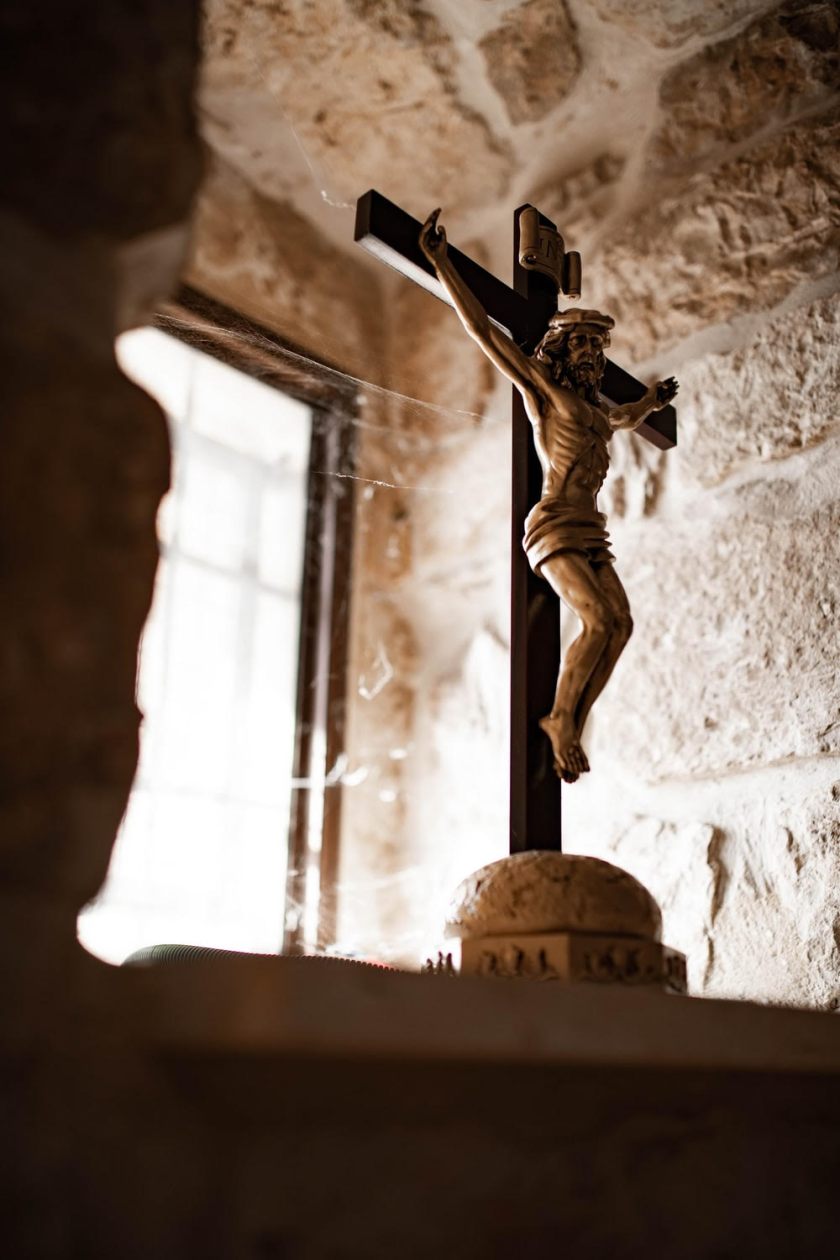 After Pilate washes his hands and declares, “I am innocent of this man’s blood,” the people answered, “His blood be on us and on our children!” (Matthew 27:24-25)

The people got what they wanted. Barabbas will be released. Jesus will be crucified. But Pilate isn’t going to take the fall for this. When he declares his innocence, the crowd accepts responsibility. They’ll take the blame. They’ll even share their guilt with future generations. Almost too willingly, they shout, “His blood be on us and on our children!”

Chilling words from Jesus’ own people. Vicious words from the very people Jesus came to save. Mutinous words as a kingdom turns against its own king!

I wonder if some of those in the crowd were also part of the Palm Sunday gathering who welcomed Jesus as he rode into Jerusalem on a donkey. Were they the same ones who shouted, “Hosanna”? Had some of them eaten bread and fish on a hillside after Jesus’ long day of teaching? Were there some there who didn’t even know who Jesus really was, but were swept along with the mob?

Sometimes we’ll take the blame. “Hey, it’s not you, it’s me.” Sometimes, rather than making excuses, we simply admit, “I did it. I screwed up. It’s my fault.”

But how many of us look at a crucifix and declare, “That’s my fault”? How many of us read the passion of our Lord in one of the gospels and insist, “His blood is on my head”? It is humbling to know and admit that I am to blame for the scourging, the thorns, the nails and my Lord’s death. He did nothing wrong. He was punished for my sins.

The whole thing is my fault Lord. Thank you for loving me that much. Amen.