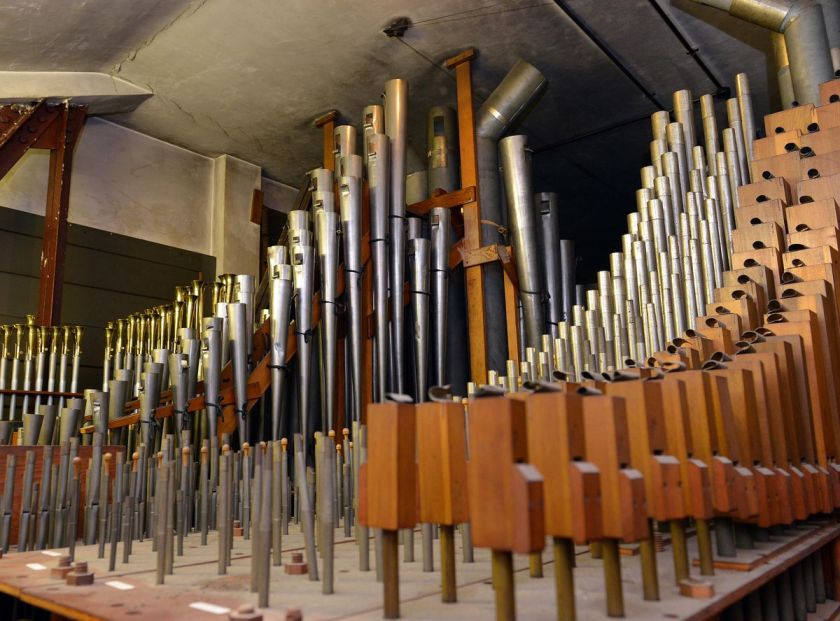 I grew up in the southwest corner of Ridley Park, Pennsylvania, and in throughout my elementary years, my friends and I would frequent a creek about a quarter-mile down Chester Pike from my house. It’s official name was the Little Crum Creek through which Ridley Park Lake emptied into Crum Creek and out into the Delaware River. We simply called it the “creek.”

I remember spending amazing amounts of time catching minnows, building dams using all kinds of rocks in and around the creek, and tossing the biggest rocks we could find off the bridge to see how big of a splash we could make. Every once in a while we would explore a little further down the creek which ran alongside an old Boeing plant.

One exploration took us through a fence to an abandoned building that was littered with old wood and metal organ pipes. We blew through some of them and made all kinds of sounds. We didn’t take any of the pipes and didn’t stay very long, which is good because we were probably trespassing. I didn’t realize then what we had stumbled upon. Later when I went to churches that had actual pipe organs, and saw all the ranks, I had a better idea of what we found.

Every once in a while that memory pops back in my head, and I wondered who had left a bunch of organ pipes in an old building somewhere near Ridley Park. The Organ Historical Society has a database of pipe organ companies, and sure enough, the United States Pipe Organ Company had a theater organ fabrication plant in Crum Lynne, a tiny town and a train stop adjacent to Ridley Park. They build about 200 theater pipe organs, then spent time maintaining them till about 1970. We had stumbled upon what was left of that company.

I’m not sure why we never went back there. We either forgot about it or got interested in something else. I kind of wish I had brought home a few relics from our very cool discovery that day.