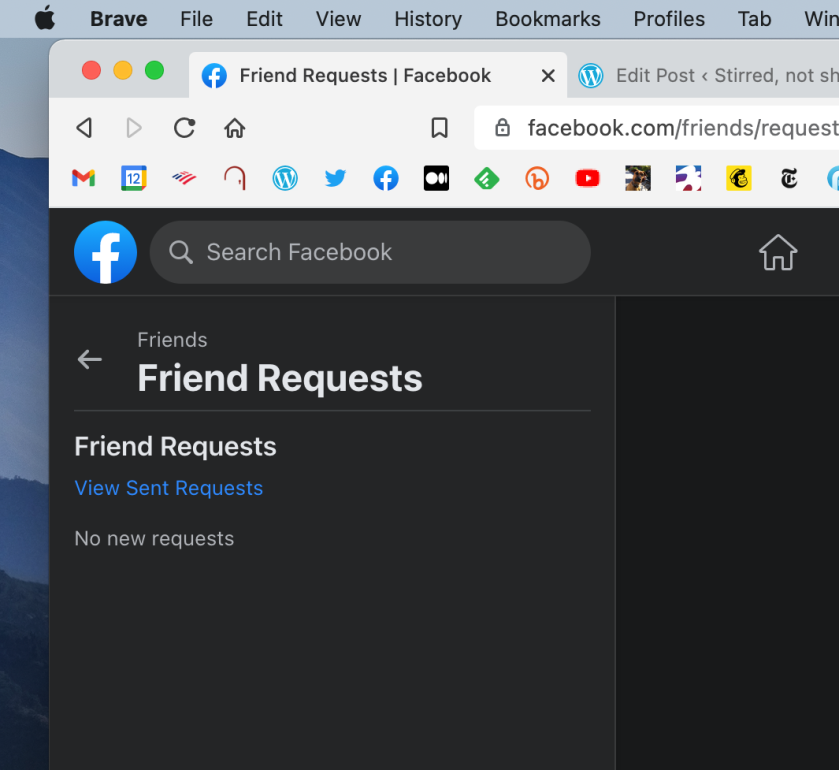 This post is going to be morbid. Just warning you up front.

I was poking around on Facebook and noticed the phrase “View Sent Requests.” I clicked on it and saw the list of people I had requested to be friends with who had not yet responded. As I read through the list of about twelve names, I discovered why some hadn’t responded.

Some had died recently. Others a few years ago.

I got curious. I wondered how many of my 948 friends were actually still alive? It took a little time, but I scrolled through the whole list. I had no idea who some of those people were. A few had duplicate entries. One was a closed restaurant? But another ten were dead. Some had been dead for years, but their page was still active. People were still wishing them a happy birthday. They hadn’t gotten the memo.

In a digital sense, they still exist and they are still my friends. They have achieved a sort of immortality.

There is a whole underworld of Facebook users out there.