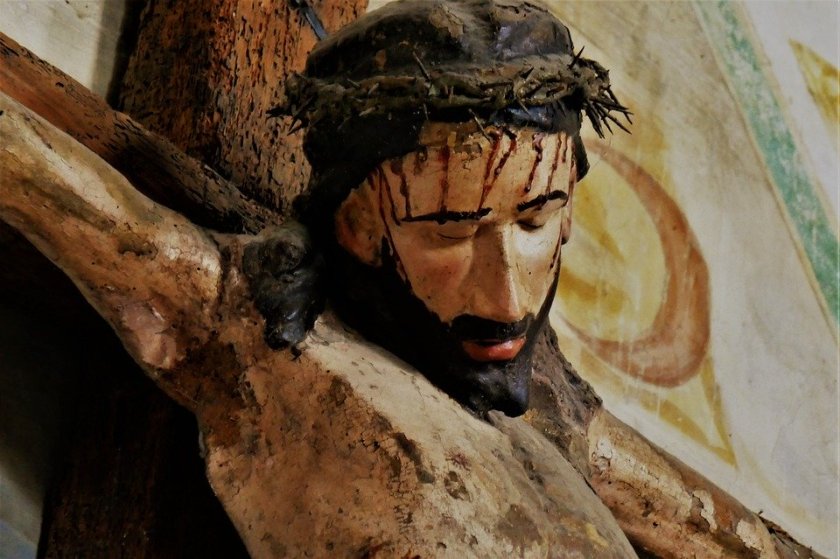 And Moses took half of the blood and put it in basins, and half of the blood he threw against the altar. Then he took the Book of the Covenant and read it in the hearing of the people. And they said,”All that the Lord has spoken we will do, and we will be obedient.” And Moses took the blood and threw it on the people and said, “Behold the blood of the covenant that the Lord has made with you in accordance with all these words.” (Ex 24:6-8)

The last time we refinanced our mortgage, I digitally signed all but few of the required documents. Not too many years ago, a contract signed by both parties would have been business as usual. Before that, many deals were made with a handshake. At the time of Moses, though, the covenant or contract between God and the people was signed, sealed and delivered with blood.

The blood of oxen was thrown both upon the altar (that was God’s side of the agreement) and on the people (their side). The body of the contract was simple: “I am the Lord your God” (Exodus 20:2). Every aspect of their lives would be shaped by his presence, power, protection and provision. God had brought his people out of a life immersed in pagan religion, injustice, violence and slavery into a new life defined by his holiness, justice, reconciliation and mercy.

Many years later, many would see blood on the crucified Son of God. It would also be on those responsible for his death. In fact, they insisted, “His blood be on us!” (Matthew 27:25). His blood would also be on those who took his body, wrapped it in linen, and put it in the tomb. All that blood would mean just one thing: a new relationship or covenant with God, sealed by his own blood, the atoning sacrifice for the sins of the world.

Everyone knows that if you get blood on your clothes, you want to rinse out the stain with cold water as soon as possible. It’s just the opposite with the blood of the covenant. We want our sin to be covered by his blood. It’s the only thing that can remove the stain of our sin.

Thank you, Lord, for a new deal – a new covenant – signed and sealed by your blood. Amen.