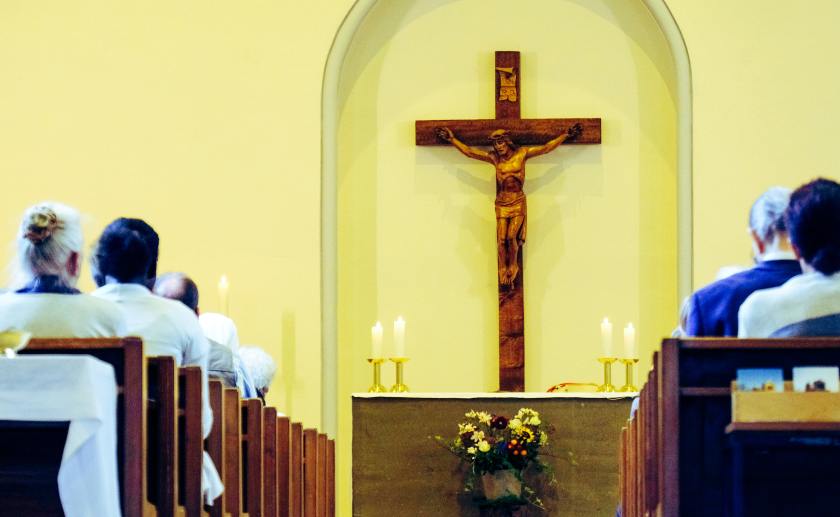 About twelve years ago, a few of the ushers were chatting about handguns a few minutes before a worship service was about to begin. One of them was considering a new purchase, something a little smaller and easier to conceal. Floyd, sitting there listening, raised his pant leg revealing his weapon in an ankle holster and said, “Like this one?” That was the first time I realized that folks in my church came to church with their guns.

The news of mass shootings in schools, movie theaters, churches and other public places has prompted more and more men and women to purchase and carry guns with them for protection and peace of mind. That same news has moved these same folks to bring their guns to church, too. With weapons concealed beneath sport coats and inside purses, I know our worshipers are carrying on Sunday morning. Is that a good thing? Should you bring a gun to church or any house of prayer?

On the one hand, I appreciate having someone watching my back and noticing who comes into the church. We’ve had visitors in church who arrived on bike, carried backpacks, and looked a little nervous as they found a place to sit. We’ve never had a problem with any of them, but they initially made some feel uneasy.

On the other hand, I doubt that many armed worshipers spend much time honing their shooting skills at the range. Law enforcement officers train and certify often. Should a threat arise, I not confident my average attender would be able to pull and effectively fire a weapon. I’m not sure I would want them to.

And anyway, a very small number of shootings have happened in churches. Though such shootings make the headlines, they are few and far between. As they should be, churches are safe places. Church (or synagogue or mosque) violence is disconcerting, but from what I’ve observed, rare.

I do remember that when we worshiped in Haiti, I caught a glimpse of a 9mm on the belt of just about every male worshiper in the building. But in that country there were also armed guards sitting by every gas pump and grocery store entrance. A local guide with an automatic rifle who accompanied every medical mission team like ours from outside the country. I’m thankful for those who watched out for us. I’m also thankful to live where I can fill my gas tank without a guy with a sawed-off shotgun watching me.

I do not own a gun and do not plan on getting one. Right now, I think that any place where I would need to be armed is most likely a place I shouldn’t be going anyway. But a church has never felt like that kind of a place. And if I should be somewhere, even in church, when someone starts shooting, I know I’m not going to be the hero who takes him out.