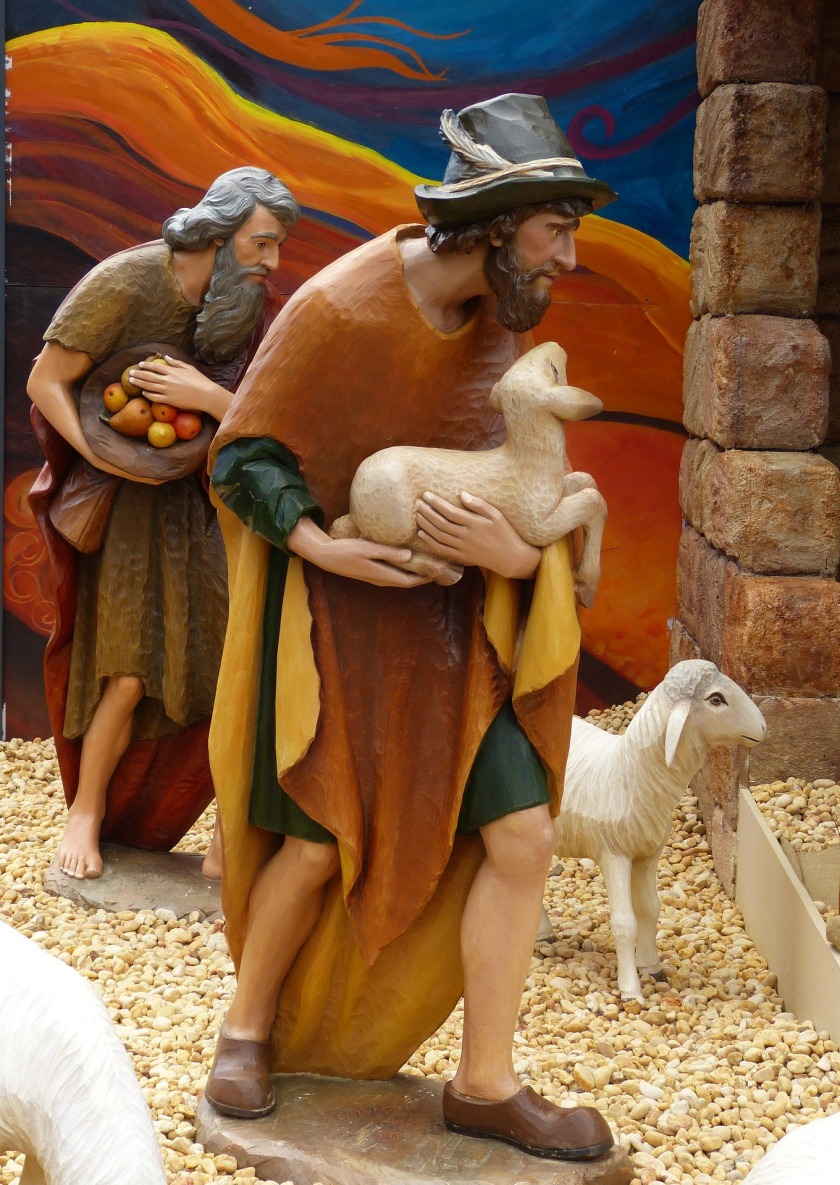 And when [the shepherds] saw it, they made known the saying that had been told them concerning this child. And all who heard it wondered at what the shepherds told them.

And the shepherds returned, glorifying and praising God for all they had heard and seen, as it had been told them. (Luke 2:17-18, 20)

Who doesn’t love to tell the Christmas story? With little nativity figures in hand we act out the story to our children. We teach them to act it out in Sunday School programs. We sing about it in choir cantatas. We make movies about it. We love to hear Linus recite the story in A Charlie Brown Christmas. It just never gets old.

After seeing and hearing the angel, and after seeing Mary and Joseph and the baby lying in a manger, the shepherds had a story to tell. And everyone was in wonder when they talked about what happened that night in Bethlehem. I’ll bet it never got old for them, either!

Luke tells us that all who heard it wondered about the shepherd’s story. Did people believe them? Or were they amazed at such a contrived story? It does seem rather fantastical.

But on the other hand, as I mentioned in a previous devotion, Luke took great pains to compile his gospel. He wanted to get the facts straight, so that Theophilus could know for sure about the Christ (Luke 1:3-4). I wonder if he somehow he found and talked to those shepherds. Wouldn’t that have been a great interview? I’d have so many questions. What time of night was it? How bright were the angels? Exactly where did you find the manger and the baby? What were Mary and Joseph like? I could go on and on.

Families accumulate so many stories about Christmas. We love to talk about trips to celebrate Christmas with family. We love to talk about traditions that have been handed down from one generation to another. We fondly remember giving and receiving certain gifts (some good, some bad!) We talk about putting toys together late at night and children waking up way too early in the morning. We recall both blizzards and balmy Christmases.

On Christmas Eve, I get to stand in the center of the congregation and read about Christ’s birth, the appearance of the angels and the reports of the shepherds. I have the honor of reading the one account everyone has come to hear and no one ever gets tired of hearing. I believe there is just as much wonder in that moment as there was when the shepherds let everyone know about their night!

Thank you, Lord, for such a compelling account of your birth! Amen.