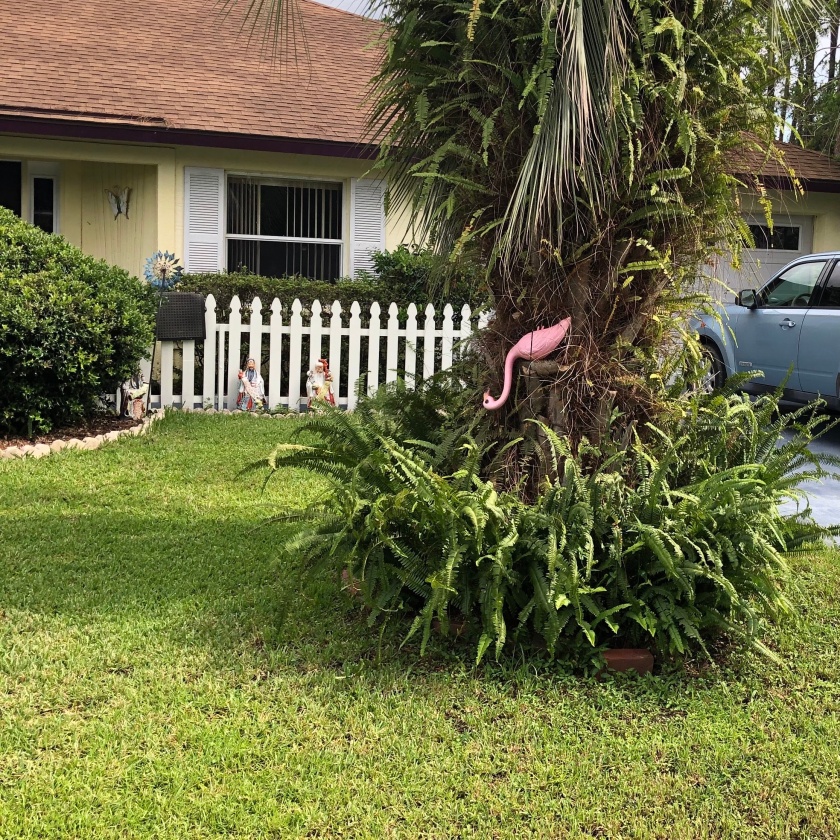 As he pulled into the driveway, beads of sweat began to run down the side of his face. His stomach knotted. It was right there, in front of his house, was the upside down flamingo. They knew. They knew everything.

He had been so careful. He never used his real name. All the money was offshore. He never used the same burner phone twice. Every communication went through at least a dozen servers all over the world, each with different encryptions. Long hair, crewcut, mustache, goatee, clean shaven – he changed his look every month.

It didn’t matter. His whole world just turned upside down. He just kept on driving. He couldn’t go home. He couldn’t call his family. Or a friend.

He reached into his pocket and pulled out a few folder bills. Thirty-seven dollars. He wouldn’t get far with that. But he couldn’t go to the ATM. He couldn’t cash a check. He dared not use a credit card. If he drove his car, some camera would pick up his license plate. He just had to keep moving. He had to keep out of sight.

There was only one option. He jabbed at the unused burner phone to get a taxi. He had just enough for a ride to the zoo. Flashing a fake membership card, he went from the turnstile right to the flamingo pond. Leaning on the rail, watching the wary birds, a quiet voice said, “That didn’t take long.”

“What do you want? Just leave my family alone.”

“You know what we want.”

He took the popcorn box, not surprised at how heavy it felt. It was the usual Glock. The clip was full, but he would only need one shot. He slowly walked towards the exit.

He vowed this would be the last time.