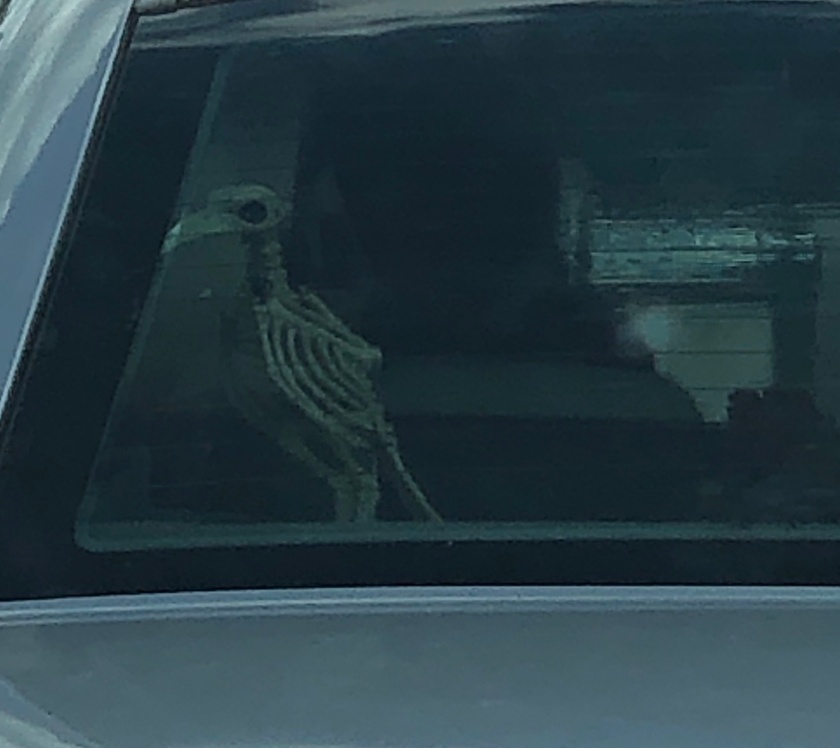 She would never forget.

She would never forget how life had stripped away every song, every feather and every freedom.

She would never forget how she became a scavenger. Just like him.

The restaurant closed. Unemployment ran out. The stimulus was spent.

The lights were on. The water ran. The rent was paid. But that’s it.

It’s amazing what you can find if you look. A discarded Visa gift card with $2.71 left on it. A mattress, bookshelf, chair, lamp, coffee maker and carpet remnant by the side of the road. A neighbor’s wife without a password. A bag of clothes outside an overstuffed donation bin. A gel pen by the side of the road. Half-used spiral notebooks, half-full shampoo bottles, half-read books and half of a pizza out by the road in front of a cleaned-out house. The Gideon gave her a bible. The pastor gave her a few bags of food. Lightly-used toys by the curb became gifts for the nieces and nephews. Free samples at Costco, even if you don’t buy anything. A free Krispy Kreme donut because she got the vaccine.

That was a rough year. Until the restaurant reopened. The customers came back. The hours were long. The tips were especially generous. They remembered her. They understood.

Her car wasn’t fancy, but it got her there. She sang along to the radio. The lights were on. The water ran. The rent was paid. She brought a bag of food for the food pantry. She donated some extra clothes. She bought a few things at Costco. She bought a coffee to go with her free donut.

But she would never forget. Every time she glanced in the rearview mirror, she would see his bones.

And she would remember.

One thought on “Scavenger”