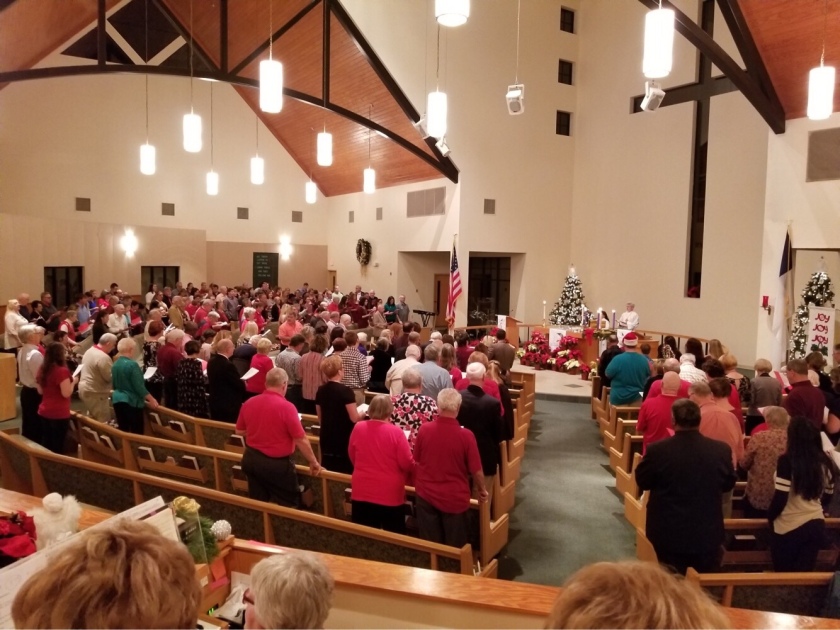 It was as different as night and day. I preached to the big Christmas Eve crowd last night and to a much smaller gathering this morning, Christmas Day. I grew up always going to both, but most worshippers choose one or the other.

Those contrasting moments feel very different to a preacher. On the one hand, I hope for the “full house” on Christmas Eve. I accept the fact that worship on Christmas Day isn’t even on most people’s radar. The temptation is to be pumped up for the eve crowd, and not put as much effort into the day attendees.

But you can’t do that. Some of those folks came a long way and carved out time to be there. It’s been a long time since they’ve been together as a family. And they are because of the story. A story that remains the same, even though much has changed in the past year.

While the one feels exciting, the other is more intimate. At the one you look at a crowd, but at the other you can look into their eyes. At the one there are many strangers; at the other I’ve met everyone as they’ve arrived.

Which do I like better? It’s hard to say. I really like both. I like to tell the story and I like to hear it, too. It pumps me up and settles me down more than the size of the crowd.

I love the sea of candles in a dark sanctuary on Christmas Eve. I also love the rays of sunshine that stream through the windows first thing on Christmas morning.

Thank you, Lord, for the best of both worlds!