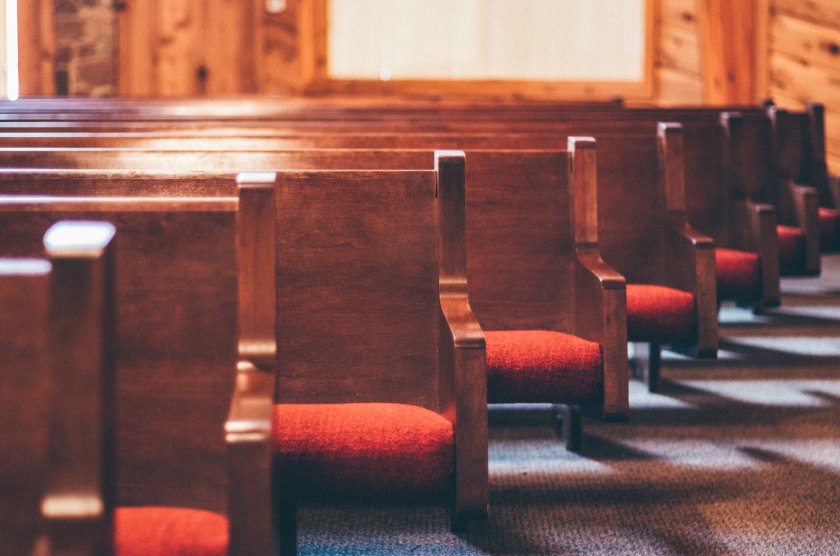 It has happened in schools and movie theaters, on military bases and college campuses, in nightclubs and churches. Someone walks in and opens fire, killing and wounding innocent people.

Yes, it’s happened churches. How has this reality changed the dynamic of going to church? As the pastor of a Lutheran church, I never worried about it very much till a few years ago. Our church doors are still open every Sunday and we still welcome anyone and everyone who wants to worship. But somethings have changed. Here are a few of my observations:

I don’t know who all is carrying on a Sunday morning, but I know that the number has grown over the last year. With holsters or purses designed to be inconspicuous, the person sitting next to you in church may well have a permit and a handgun with them. I have mixed feelings about that. On the one hand, I feel good knowing that these folks have taken steps to protect themselves and the congregation. On the other hand, I pray that they have taken some classes and know how to use the weapon safely.

We now have an emergency plan

A few of our members who have been police officers, military or security have sat down and developed an emergency plan, should a threat arise. The plan includes dealing with medical, fire and storm emergencies, as well as violence. They make a conscious effort to keep an eye on the room where we gather for worship, taking note of anything out of the ordinary. I’m thankful for those who bring that training and experience to the table.

Such times are not without precedent in the bible. When Nehemiah was overseeing the rebuilding of the walls of Jerusalem after the return from Babylonian exile, half of the workers did construction, and half held the spears, shields, bows, and coats of mail. Some of the workers held a tool in one hand and a weapon in the other (Nehemiah 4:16,17).

We are better at welcoming guests

Things have calmed down recently, but for a few months we were on edge. We carefully watch anyone arriving for worship whom we don’t recognize. I know that sounds a little unfriendly, but it actually enhanced our welcome. We make a concerted effort to welcome and get to know our guests.

One morning a young many with a backpack arrived for worship on a bicycle. After entering the church, he left his backpack in the back row while he went out to lock up his bike. The pulse of the sopranos and altos began to race as they watched this happen from the front row of the choir loft. The gentleman returned to his seat and worshiped with us without any incident.

We have a remote alert system

We’ve installed what some have called a “panic button.” It’s really just a way for me to alert the elder and ushers to something going on. From the front of the church, I can see everything happening in the room, while most of the worshipers are facing the altar. If I see someone come in late who needs help or see something out of the ordinary in the entryway, I can push a button, a small light flashes in front of them, and I have their attention. I have not had to actually use this yet, and I’d be fine never having to use it.

We are more thankful than ever for the freedom to worship

Along with the uncertainty of what might happen on any given day, we enjoy a freedom to worship that is still one of God’s greatest blessings. We ought never take that for granted.

It has not always been this way. Early Christians met in secret to worship, knowing that if they were caught they could be put to death. Conditions were much the same not that long ago in the Soviet Union and China.

I have worshiped in inner city churches where iron gates at the front door were locked when worship began and did not open until it was time to go home. The shadow of similar iron bars could be seen through the stained-glass windows. Yes, it was that kind of a neighborhood.

I have worshiped in other countries, where every gas station was protected by armed attendants and an armed guard accompanied us to church where the ushers all had nine millimeter handguns on their belts. The worship – in a language I didn’t know – was vibrant, Spirit-filled, heart-felt, and well-guarded.

Having said all that, my greatest fear has nothing to do with weapons or shooters. The greatest danger we face is that parents do not bring their children to church. For a wide variety of reasons, so many mothers and fathers do not regularly avail themselves of our freedom to worship, teaching the next generation that it is not important. If we do not raise our children in the fear and knowledge of the Lord, will religious freedom mean anything to them? If that freedom is threatened, limited, or taken away, will they even care? Or will it have no effect on their lifestyle at all?

That’s what frightens me.